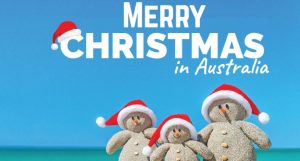 In Australia, it’s Summer when Christmas is celebrated. Instead of the usual Winter scenes, you have snowmen made of sand, and a Santa in shorts surfing. They decorate their houses with ‘bunches of ‘Christmas Bush,’ a native Australian tree with small green leaves and cream-colored flowers. They enjoy caroling by candlelight (often changing the words of the carols, replacing words describing Winter scenes with local words of Summer) and each city will host regional events. Instead of reindeer, Santa uses kangaroos! 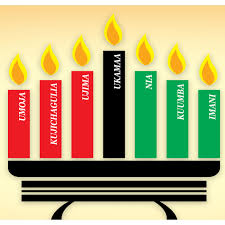 Kwanzaa is a fairly new holiday invented for those of African descent who live in the Americas in 1966 by American Black Power activist and secular humanist Maulana Karenga. It was created to celebrate the seven principals of Kwanzaa and allow African Americans the opportunity to reconnect with African concepts and beliefs. Many celebrate both Kwanzaa and Christmas as Kwanzaa starts on December 26th and continues for 7 days until January 1st. Each day of Kwanzaa is dedicated towards celebrating one of the principals.  The principals are Umoja (unity), Kujichagulia (self-determination), Ujima (collective work and responsibility), Ujamaa (cooperative economics), Nia (purpose), Kuumba (creativity), and Imani (faith). Like Hanukkah, there is a special candle holder called the kinara which holds 7 candles (Mishumaa Saba), each candle representing one of the principals. People decorate with corn, fruit, colorful African cloth like kente and women wear traditional caftans. As part of the celebrations, the participants drink out of a common chalice called the Kimkombe cha Umoja and remember ancestors and give thanks. Drumming, reading stories about Africa, and a feast round out this celebration. 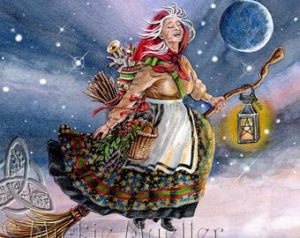 In Italy, La Befana visits on January 5th. She, instead of Santa Clause is the bringer of presents to children all over Italy. La Befana is an old friendly witch who flies around on her broomstick and fills their stocking with sweets and presents if they are good and lumps of coal or dark candy if they are bad. She likes things tidy, so will often sweep the house before leaving as further evidence of her visit. Santa’s trip down the chimney most likely originated with Befana as she enters the home by the chimney. Prior to her arrival, children spend time caroling. On Christmas night, many families eat a traditional meal of 7 fishes and celebrate eating cake called Panetonne with a cup of hot cocoa. 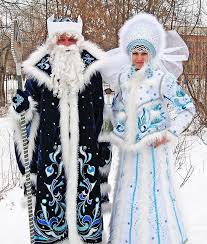 In Russia, Christmas is celebrated on January 7th. This is because the Russian Orthodox Church follows the Julian calendar. Some may celebrate on the traditional December 25th but most celebrate after the new year. Grandfather Frost (Ded Moroz) brings presents to the children. He is always accompanied by his Granddaughter (Snegurochka). Families gather to eat sochiro – a porridge made with rice, honey, fruit and nuts. Sometimes families will fast on Christmas Eve and not eat until they can see the first star in the night sky. Children will go out and carol in their community, being rewarded at eat house with treats of cookies, sweets and money.